Can wineries and homes peacefully co-exist? 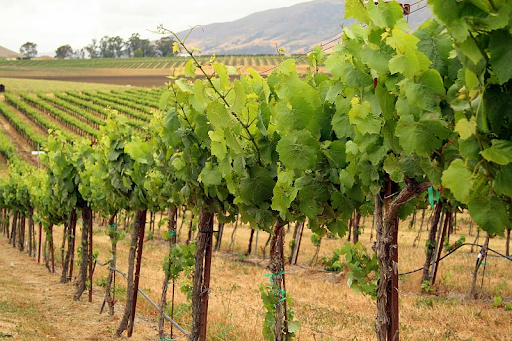 On February 8, the Amador County Planning Commission unanimously voted to deny an application to expand activities at La Mesa, a relatively new winery and tasting room on E16 in the Shenandoah Valley. The owners appealed, so it will go before the Board of Supervisors on April 12. This situation illustrates a conflict that has been brewing for some time. For decades, wineries and tasting rooms have co-existed with rural residential uses in the county. But the trend toward more and larger events, which bring increased traffic, noise, and general commotion, may be reaching a tipping point.

Amador County consistently has tried to protect and enhance agricultural uses, including through its zoning code and winery ordinance. The county permits tasting rooms and special events “by right” with A/AG zoning to improve the chances of people engaged in growing grapes and making wine to survive and prosper. Around 40 vineyard owners have opened tasting rooms and host on-site events under this zoning. Many more legally can do so “by right” should they choose to do so.

Residential-agricultural properties zoned R1A (like La Mesa’s) are not granted these privileges “by right.” They can engage in agricultural pursuits like growing grapes and making wine, but they cannot engage in commercial activities involving direct sales to consumers. Owners of R1A properties, however, can apply for Conditional Use Permits to obtain specific permissions. CUP applications are evaluated on a case-by-case basis, considering potential effects on the environment and the surrounding community, with input from neighbors and the public. We now have about 15 wine tasting rooms operating with a CUP on R1A-zoned land (in addition to the 40 on A/AG properties).

Unfortunately, the discretionary decisions made to date on these CUP applications give the impression of creating an “unlevel playing field.” One applicant may be granted minimal rights (such as wine tasting by appointment only and no special events). Another may be granted permission to open their tasting room daily until 10 p.m. and host numerous weddings and other events annually. Obviously, there is a need for better-defined criteria to guide these important land-rights decisions less haphazardly. There’s also a need to monitor and enforce conditions. And the county has never defined “events.” It seems to cover weddings and wine club gatherings, but should it include outdoor concerts?

La Mesa’s original CUP came before the Planning Commission at its May 12, 2020, meeting. La Mesa wanted permission to open a new tasting room that could be open to the public four days a week until 5 p.m. and to host six events annually with no more than 100 guests. The county’s planning staff prepared an environmental analysis finding (as usual) no environmental impacts of importance. There was little public objection to this relatively modest proposal, and the CUP was approved. That should have been the end of it. It was not.

The owners of La Mesa became unhappy with the conditions of their CUP when a new winery opened across the street from them on A/AG land. No matter that the parcel was three times the size of La Mesa’s and the new tasting room was open on weekends only, their zoning gave them the ”right” to unlimited opening days, longer tasting hours, and many more (and larger) events, should they choose to host them. Why should La Mesa be restricted, the owners argued, when their neighbors are not.

La Mesa wants to increase the limits on days of operation and special events. They currently can be open to the public four days per week, with live and/or amplified music until 5 p.m., and host a maximum of six special events per year with up to 100 attendees. Their request seeks to expand those uses to:

This proposal would expose neighbors to much more traffic, noise, and glare. La Mesa, sadly, built their tasting room at the extreme eastern end of their property, right across the fence from third-generation Amador resident Daniel D’Agostini, whose grandparents were among the very first vintners and winery owners in the county. D’Agostini is a beloved local artist and retired school teacher who lives full-time in the house his parents built, less than 50 feet away from La Mesa’s tasting room. Patrons park on the gravel strip along his fence; limos idle there; pets poop there; cigarette smoke wafts into his garden and living space. The sound of birdsong and crickets have been replaced by bar noises: clinking glasses, loud conversations, giddy laughter, and live music.

D’Agostini is head of the nonprofit Farms of Amador. He operates an organic and biodynamic farm on his property, where he works daily. He hosts international students and invites local school groups to learn about his farming methods and how to appreciate the natural world around us. Now he endures a facility a stone’s throw away that is open four days a week for wine tasting and entertainment on the outdoor patio. His right to the peaceful enjoyment of his property is limited to three days a week now. The current proposal would extend this deprivation to seven days a week and well after dark. One could argue that the original CUP should have been denied or that the tasting room should have been built in a different location, but that is water over the dam.

What D’Agostini has created in the Shenandoah Valley is valued by many as a uniquely important asset to our community, more original and valuable than another tasting room and more events.

The heartening thing is that each of our planning commissioners accepted D’Agostini’s invitation to visit his property, look at the current situation, and hear his concerns. This led to informed and heartfelt debate among the commissioners, who generally favor property rights but can appreciate a serious conflict when they see one. They wished for better guidance from the Board of Supervisors on winery planning and approvals in the Shenandoah Valley. One commented that if the county keeps approving new tasting room and event permits, “we’ll kill the goose that laid the golden egg.” If we ruin the Shenandoah Valley’s charm, visitors from outside the area will choose to go to other places instead.

The commissioners agonized over their decision, noting that it’s tough to balance a business wanting to expand with nearby residents who want to enjoy their peace and quiet. Other concerns included La Mesa’s parking area being too small to accommodate larger crowds, traffic and emergency access issues, possible violations of existing lighting conditions, and noise impacts. They wondered about the applicability of urban noise standards in quiet rural areas with low ambient noise and where sound can travel far. As for cumulative effects, one commissioner noted that each CUP applicant thinks their project will have no significant impact.

Many people sent in written comments in opposition to the La Mesa permit. Several urged the county to approve new tasting rooms in existing urban centers instead of rural areas to support the economies of towns where support services already exist. Others warned about allowing extensive rights on R1A parcels because many others could demand the same. Some urged the county to hit the pause button on new approvals until it can take a step back, evaluate the effects of what has already been approved, and clarify guidelines, perhaps even reconsider what is allowed on A/Ag parcels. If you would like to view all of the comments that were submitted about this use permit amendment visit https://www.amadorgov.org/Home/Components/Calendar/Event/7220/282?seldept=32&toggle=allpast

Dozens of people attended the meeting in person or via Zoom, with most who spoke opposing La Mesa’s plan. One woman, a sixth-generation resident who lives near La Mesa, said the music is most disruptive and annoying to homes in the area. Allowing it to extend late into the evenings would be unbearable, she said. Local winemaker Jeff Runquist said he has no trouble running a thriving business under R1A-type restrictions, including holding events only every 60 days, operating during normal business hours, and no outdoor amplified music. Other vintners urged the county to balance the interests of wineries and residents in the valley and not let either use overwhelm the other. Many of them live here, too.

Eventually, Commissioner Dave Wardall made a motion to deny the amended CUP application. He simply could not agree with the staff’s conclusion that there would be no adverse impact on nearby residents’ peace and tranquility. Another commissioner noted that, while La Mesa’s current owner has tried to address some of D’Agostini’s concerns, they have no control over how future owners might treat their neighbors. The vote was 5-0 to deny the request — but on February 18, La Mesa challenged this decision, so it will now go before the Board of Supervisors for ultimate resolution.

Please speak up and make your opinions known to our supervisors. Do you believe business opportunities should always be maximized? Do you think allowing more venues to play amplified music outdoors after dark in rural areas is acceptable? Would you like to see a moratorium on new tasting rooms and events until we decide how we study options and determine how we want the valley to look in the future? Is a re-evaluation of existing permits and rights in order? Should there be a periodic mandatory review of CUPs (vs. extending them forever and transferring them to any future owners)? You can send comments to boardofsupervisors@amadorgov.org at least four days before the April 12 Board of Supervisors meeting.

Foothill Conservancy has long advocated for the development of a Specific Plan for the Shenandoah Valley and for effective monitoring and enforcement of CUP conditions, which is simply not happening. Perhaps the time has come to seek funding to push these efforts forward.

“Foothill Conservancy opposes the expansion of hours and activities proposed by La Mesa, because of the tasting room’s location very close to sensitive receptors in the community. This is why we have Conditional Use Permits. It allows the county to place limits on privileges granted, in consideration of unique site conditions. We continue to call for better long range planning to preserve winery businesses while protecting quality of life for Shenandoah Valley residents.” – Said by Marta Johnson, Foothill Conservancy president.