While the abrupt, recent firing of Ione’s city manager has drawn Ione residents’ attention to the drama going on at city hall, a sleeping giant is stirring northwest of town. The Newman Ridge mining project, which was tied up in litigation for years until early 2019, is moving closer to fruition. At the end of 2020, Alabama-based international mining corporation Vulcan Materials purchased the project, which consists of a 278-acre site intended for an open-pit mine and a nearby 141-acre property for processing facilities, which could include a greenhouse-gas emitting hot asphalt plant.

The company paid around $15 million for the project, which 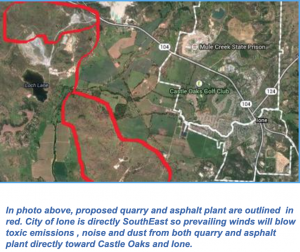 is reportedly much less than the  asking price. At first, community activists and affected neighbors hoped that for such a discounted price, Vulcan Materials intended to preserve the historic landmark by using it as a mitigation bank for other open-pit mining projects they operate. The two-mile long ridge would make a spectacular regional park, with its rich biological diversity, cultural and historic resources, and smashing 360-degree views over rolling grasslands to the snow-capped Sierra in the distance. Vulcan Materials, however, is a major mining company, so it is likely that the company has every intention of developing a hard rock mine in that location. This would mean blasting, extracting, and pulverizing an average of five million tons of rock annually over a 50-year period—just a mile from downtown Ione.

Meanwhile, new homes in and around Ione are selling like hotcakes and more are in the works. California real estate disclosure laws require sellers to disclose any neighborhood nuisances, including active mines near properties for sale. The rules around mines that are permitted but not yet operating are less clear. Surely the intent of disclosure laws would make this imperative, too. If new home buyers are unaware of the permitted Newman Ridge mine, they will not be happy to learn that the peaceful enjoyment of their dream home could soon be disturbed by blasting, dust, noise, glare, heavy truck traffic, and toxic fumes from the quarry, asphalt plant and other permitted processing operations.

Most of the ranches in the immediate vicinity of the mine property have been operating in the area for decades. Some are historic properties that have been family owned and operated for more than a century. One is owned by a Miwok family and is home to an original stone smokehouse that was used for generations. Another, dating from the 1860s, is a family-owned business raising grass-fed beef within view of Preston Castle. Another is a multi-generation enterprise now experimenting with carbon-capture farming practices to reduce CO2 in the atmosphere while specializing in producing organic chicken, ducks, turkeys, pork, and lamb. Another ranch, a relative newcomer that has been breeding champion Texas Longhorns for half a century, lies in a tranquil, stream-crossed setting immediately adjacent to the proposed quarry operation. 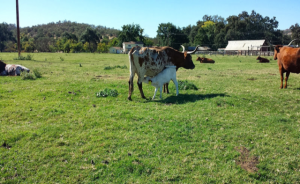 All of these ranches, which add to Ione’s unique character and contribute to the economic and cultural diversity of the area, will be directly harmed by mine operations, and property values will likely plummet. New large-scale industrial development will further affect Ione neighborhoods that are already exposed to industrial noise and traffic associated with several existing mines and rock crushing facilities. While it is not known where Vulcan Materials’ gravel customers are and how they will get their gravel products to them, the open pit mine is currently approved for 495 truck trips per day, with up to 372 of those trips through Ione and 123 per day through Galt.

With legal challenges to the mine rejected by the courts and the recent purchase by a major mining corporation, options for delaying or stopping the mine may look dim. However, the mine will likely need to obtain many permits to operate — from the regional water quality control board, local air district, Caltrans, California Department of Fish and Game and more. Foothill Conservancy continues to support the coalition of neighbors (Friends of Greater Ione) fighting this project through the permitting stages. If they don’t succeed,  we’ll strive to incorporate monitoring provisions and permit conditions (limits on hours of operation, emission levels, etc.) to reduce undesirable impacts on the immediate neighbors and the greater Ione community.

In other Ione area news, in February this year, we and the Friends of Greater Ione sued Amador County over its recent decision to rezone 1,150 acres of the Edwin Lands property from residential and agricultural use to the heaviest industrial uses possible under the county general plan. The land is primarily used as grazing land today and is home to federally listed Ione chaparral species not found anywhere else in the world. It’s also located in an area where groundwater is known to be over drafted already. We believe the county acted illegally in approving the rezone by failing to adequately consider the effects on groundwater, area residents, rare plants, traffic, and more. Attorney Michael Graf is representing the plaintiffs in the case, which — if it goes to hearing — will be heard in Amador County Superior Court. 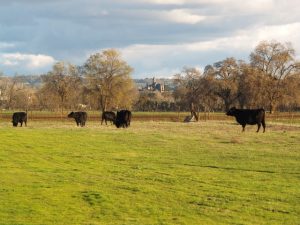 Your tax-deductible donation can help

If you’d like to support our efforts to protect communities and the environment and to promote better local land-use planning decisions, please consider making a contribution that is tax-deductible as allowed by law. You can do this several ways:

Thank you for helping us work to protect and restore our local environment and quality of life.