See a live feed of where John & Steve are here: https://share.garmin.com/YSCNN

SUBJECT – MOKELUMNE RIVER, SOURCE TO THE SEA EXPEDITION FROM – JOHN SILVA, GIVE BACK ADVENTURES

Multiple human powered sports will be utilized including Bikepacking, Mountain Climbing (10 peaks), Backpacking, Whitewater Kayaking, Canyoneering, Whitewater Rafting and Sea Kayaking. After reaching Baker Beach in San Francisco it will be back on bikes across the Golden Gate & Richmond-San Rafael bridges and through the Oakland hills before continuing home using both paved & unpaved roads to the finish in Jackson.

Joining this expedition will be Steven Sugden from Philadelphia, PA who Silva met last summer during his 3,000 mile bikepacking expedition from Canada to Mexico.

Sugden is an avid cyclist and human powered adventure enthusiast who has biked across the United States, walked the Camino De Santiago, hiked to Annapurna base camp and completed the Great Divide Mountain Bike route from Canada to Mexico. When Sugden was invited by Silva to join this expedition he stated: “It is an honor to be a part of such an adventure for two reasons; to watch the soul of a man shine and to learn how to adventure with purpose and stewardship for that which binds us all, nature.”

Silva added that the Mokelumne River Source to the Sea expedition will not only be full of countless challenges, but that it will also provide the opportunity to fully experience the beauty and splendor of the Sierra Nevada mountains, along with the variety of riparian zones we will will be traveling through.

Megan Fiske, Executive Director of Foothill Conservancy provided the following statement regarding Silva’s expedition: We are so grateful that John has chosen to support Foothill Conservancy with such a meaningful and inspiring adventure. John’s trip will be more than a fundraiser – it will raise awareness about the critical role the Mokelumne River plays in our lives, whether we gaze into the river canyon from our homes in Amador and Calaveras Counties or whether the river literally flows from our tap in Oakland and Berkeley. The expedition will inspire folks from all over to get to know the complexities of the watershed, from the dams and diversions that help provide drinking water and generate electricity, to the critical habitat that supports many endangered species. Following John’s adventure is sure to engage, educate and inspire. Foothill Conservancy looks forward to connecting with more folks who are interested in the Mokelumne River and helping them see the many ways they can make a positive difference for their community. Learn more about the Foothill Conservancy foothillconservancy.org and be sure to sign up for our eBlasts for another way to follow John’s adventure!

Check out maps and stats for the adventure! 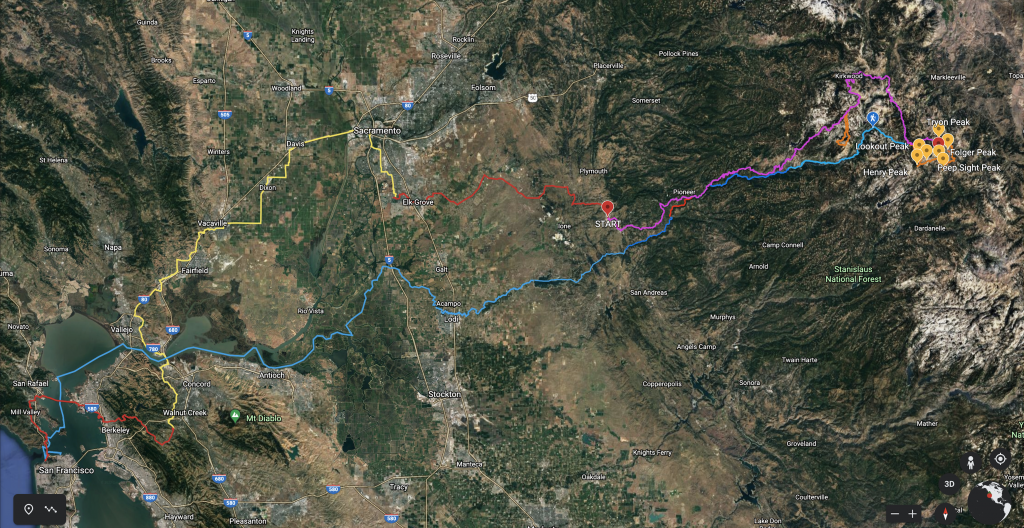 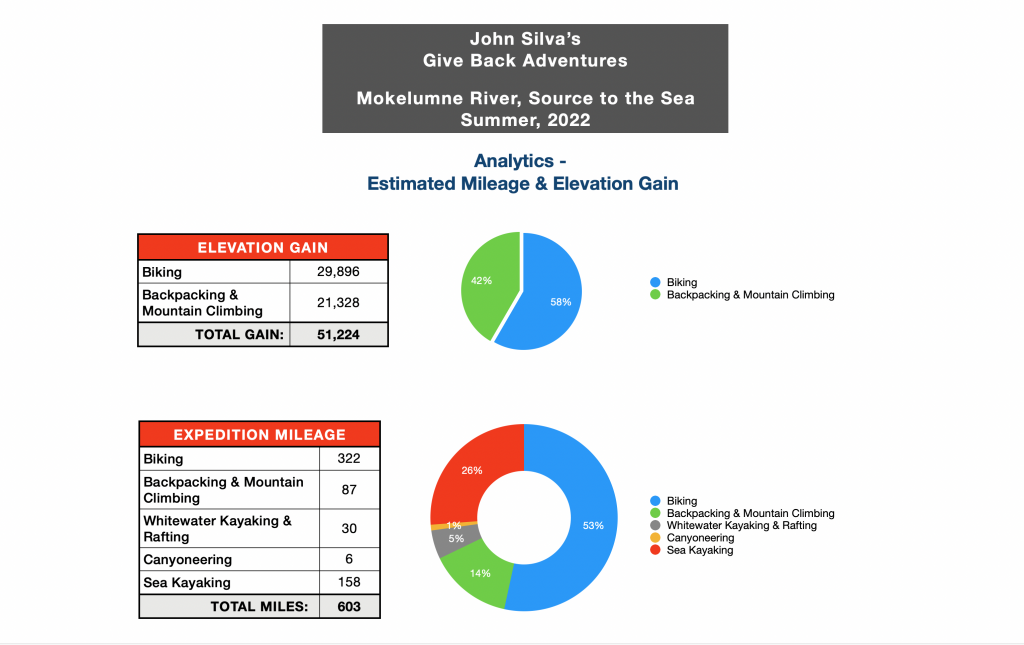